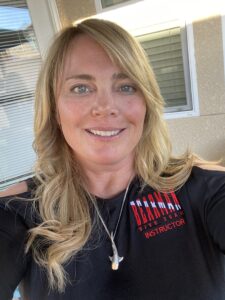 Dr. Debra Winegarden started her first clinic as a sole proprietor in Old Town Clovis in 2012. She previously developed and ran a successful dental office in Fresno for over 20 years. Using the knowledge she gained in managing and marketing the competitive dental market, she created Achievements Unlimited Inc.

Dr. Winegarden is a former soldier in the United States Army and loves to treat her fellow veterans as she knows that camaraderie is a connection point that helps her to establish a trusting relationship.

Dr. Winegarden has presented and published nationally and internationally on multicultural psychotherapy and the body-mind connection. She has traveled extensively in Central America and participated in an immersion program learning about working with Latin American populations. The State of California awarded her a stipend for her work and writing about her time in Central America that is critically relevant to the diverse population in the State.

She is an artist, nature photographer, and dive instructor. Combined with a BA degree in philosophy, state and national titles in bodybuilding, she thinks about the world in pluralistic terms and can relate to a wide variety of people and cultures.

Mind Divers, Dr. Winegarden’s 2nd clinic location of Achievements Unlimited, is a clinical psychology office with 20 employees located in Visalia, California, in an area where there is a great need for psychologists and other mental health services.

Mind Divers is a rebranded concept of the original Achievements Unlimited. The plan is to establish connections to government agencies and broaden the range of services offered, such as groups, rehabilitative as well as creative services in the non-profit sector under the name Mind Cure Inc.

Both locations serve the general population but also the underserved communities. Most insurances are accepted, including Medi-Cal and a sliding scale for low-income individuals.

Ask a question or book an appointment below.
For emergencies call 911 or visit your nearest hospital